I’m no fan of representative democracy.  I think governments are way too big and far-removed from the people and should be massively scaled back.  I also think that with the almost universal access to internet and the advent of blockchain technology  that direct democracy is within reach.  This is just a thought experiment to explore how much better representative democracy can be than the current system in the US.

I went into some detail on the many flaws in the America system in Is America Really a Democracy?  The main problem, as I see it, is campaign finance and how elected officials represent their donors and not their constituents.  If you don’t see a problem with this than you’re not paying attention.  So how can we remedy the situation?  How can we fix congress? 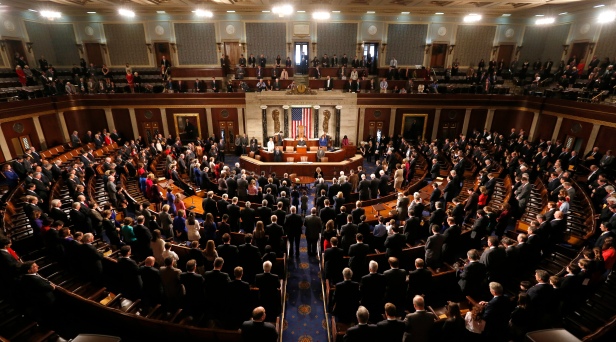 The first step toward fixing this problem is minimizing the campaign process.  I think a congressional campaign should take three weeks.  It should be a very intense period with debates every night and equal media coverage for all candidates.  All campaigns should be publicly funded, so politicians won’t owe any favors to their donors.

People would need to pay attention to the process.  All schools should have mock elections.  There should be local contests in which citizens get a cash prize if they know the most about the candidates.

I think an optimal number of candidates is 150-200, who make it onto the ballet by getting a certain amount of signatures.  Congress is comprised of the top 50 vote getters, and all 150-200 are on every ballot.  People choose their favorite 7 candidates and rank them 1 through 7.  The algorithm used is 7th place votes get the candidate .5 points, whereas 1st place votes get them 1.2 and so on.

There are no political parties in this alternate universe.  Candidates are viewed as individuals, not members of teams.  This requires much more thinking on the part of the voter, but I think they can do it.  If they are more engaged in the process, they are also more likely to hold the officials accountable.

These campaigns are not reality show,  popularity contests, but actual exchanges of ideas.  Candidate’s Platforms are not meaningless marketing slogans but actual policies.

There is a three-strikes-and-you’re-out policy on campaign promises, so once an official is in office, they have to do what they said during the campaign.  I understand that circumstances and opinions change, so I’ll give you two chances, but after a third infraction, you’re gone.

The top vote getter becomes president, and he then chooses a four member cabinet from the remaining 49 winners.  We’ll say: Secretaries of treasury, defense, state, and interior.  This leaves congress with an odd-numbered 45 members.  I see no need for any more than that.  This way we can keep an eye on them and see if they are really representing us honestly.  There is only one house of congress in this world.

This process is repeated every four years.  On every second year, instead of midterms, we have state elections.  These elections labor-intensive for the voters.  They can only focus on one at a time.

There is also one national referendum a month.  The subject of each monthly referendum is decided on by congress.  All wars must be declared through popular referendum.  Schools and media should engage in an intensive process of educating the people on whatever county they are considering sending troops to.  There is an inverse relationship between knowledge and war mongering.  Studies have shown that if people are able to point a country out on a map they are less likely to want to bomb it.

The voting age is twenty, because studies show that 18-year-olds are stupid.

Now I realize that this is a herculean task for a populace as dumbed-down as America’s.  (See The Dumbing Down of the American Electorate)  But I also think personality is about 60% nurture and 40% nature, and If in an alternate universe, Americans were exposed to actual information, and people read books instead of watching reality TV, this could be done. But what do I know?  At least I have ideas and am not pretending like this shitshow is working properly.

One thought on “The Ideal Representative Democracy”