Labels are the titles we slap on ourselves to advertise our tribal affiliations.  They can be very important in pinpointing exactly what someone believes, but they can also be used to corral people into homogeneous groups that can be manipulated and made to support something they otherwise wouldn’t.

Here’s a dictionary definition for Conservatism I found online: “1. The inclination, especially in politics, to maintain the existing or traditional order. 2. A political philosophy or attitude that emphasizes respect for traditional institutions and opposes the attempt to achieve social change through legislation or publicly funded programs.” Spying on citizens without due process and torture do not comfortably fit into that definition.  Surveillance and torture are radical policies that did not exist, at least openly, prior to the Bush administration, so no one can try to claim that they are ‘the traditional order.’ However -just ask any American- they are considered ‘conservative.’

Obviously, people have just hi-jacked the term ‘conservative’ and applied it to their preexisting tribal, us-verse-them paradigm.  A paradigm that is completely socially engineered and not in any way related to logic and reason.

The tribalist divide can be very clearly demonstrated by looking at the Brett Kavanaugh hearing.  Whether or not you believe a woman’s claims of being sexually assaulted, in a sane world, should be unconnected to your political ideology.  But, instead of people analyzing the information objectively, party affiliation dictates opinion with almost everyone.

Throughout most of history, the word ‘Libertarian’ was associated with socialism and labor movements.  The populist term was co-opted by laissez-faire capitalists in the mid 20th century and has come to represent free-market thinking.

Perhaps no word has been more misused and abused than ‘socialism.’ From the time of its inception until well into the 20th century most people agreed to a pretty straight- forward definition.  It’s a definition most people have heard before, but they still stubbornly refuse to use the word literally.  The definition is: “a political and economic theory of social organization which advocates that the means of production, distribution, and exchange should be owned or regulated by the community as a whole.”

The Nazi Party co-opted ‘socialism’ and used it to rebrand their far-right ideology, and its usage has been muddled ever since.  Now its almost comical.  There are several interpretations of the word, and they are usually dictated by what media people consume.

Recently, President Trump said possibly the dumbest sequence of words to ever leave the mouth of a US president.  It’s so spectacularly stupid, it almost makes ‘Puerto Rico is surrounded by big water’ sound like a line from Shakespeare.  I’ll included it here in a Secular Talk video.  I think Kyle Kullinski’s commentary is insightful and funny, but if you want to skip that, the Trump quote is at the beginning.

From this clip it couldn’t be clearer that the President has no idea what socialism is.  It’s just a word he heard on Fox News, and he knows his base has been trained to fear it.

In a well-educated, well-informed society, that quote would have been met with stunned silence.  But, of course, the crowd cheered.

It would take a lot to unravel all that is wrong with that quote, and I think Kyle did a pretty good job, so I’m going to focus on the Venezuela reference.  First of all, every other developed country in the world already has universal healthcare, but the US doesn’t. (Because private insurance companies give out more than $100 million in bribes to US politicians every year.) So why did Trump mention Venezuela?  That is an important question to ask yourself. Why didn’t he say,  “They want to make America like Italy, South Korea or Australia”? Well…because all that Fox News he watches every day has taught him the tricks of the trade.  Universal healthcare = Venezuela has been one of the most persistent and effective propaganda ploys promoted my the US media this decade.  It has been used so often that it could be added to the official list of logical fallacies as Argumentum ad Venezuelum. 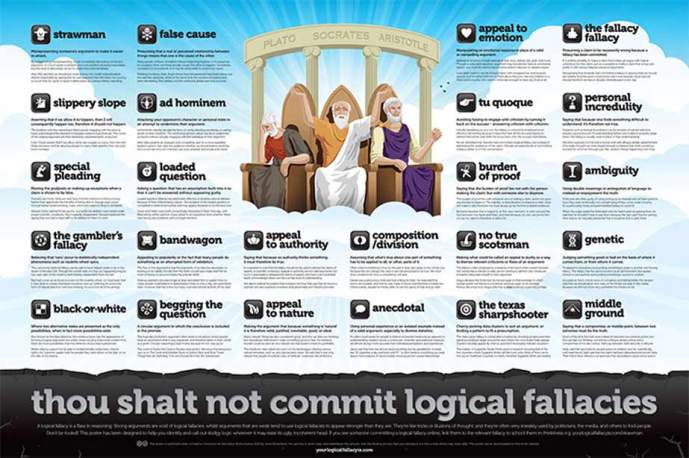 It’s a term I borrowed from this video by BadMouseProductions.  The creator of the video is from the UK, which already has universal healthcare, but even there this argument is used against the Labour Party.

I went into detail on the problems in Venezuela in The Reality of Venezuela.  To summarize, much of the problems there are caused by economic sabotage done by oligarchs in the country and sanctions from other countries.  So the implication of Venezuela as a failed state is already dishonest.

But lets look at the absurdity of  Universal healthcare = Venezuela.  At its core, all single-payer healthcare does is remove the parasitic middle men.  Anyone who claims otherwise is stupid or lying.  Healthcare is not a regular supply-and-demand industry.  With the exception of elective procedures, which should not be covered under a single-payer system, the demand for healthcare would not raise beyond that margin of procedures for people who already need care but can’t afford it, because people don’t go to the hospital for fun.  They go when they need to.

Single-payer would save the American tax payers money.  There is currently a middle man who pockets around 20-25% of all money spent in the US on healthcare yet provides no medical service.  If prices, including doctors’ pay, pharmaceuticals and other medical goods, stayed the same, the US taxpayer could pocket that 20 or so percent.  Under the current medicare system, the pharmaceutical industry has bribed congress to allow them to price gouge.  When writing the bill, they maid up for this difference by slightly cutting the pay of doctors.  The US on average pays around twice as much as the rest of the world on pharmaceuticals.  It also spends 17% of it’s GDP on healthcare, by far the most in the world.  Right-wing propaganda claims that the free market keeps prices low.  If that were true, the US would have the cheapest, not the most expensive, healthcare in the world.  The pharmaceutical and insurgence industries have captured the US government and are systematically siphoning its wealth.  It’s time for a people’s revolution.  The US is a much wealthier country than Venezuela.  If the US removed the middle men and negotiated drug prices, they could still have the best healthcare in the world, doctors would be fully compensated, and everyone would be covered.

This is not difficult to understand if you just turn off the TV and think about it.  What you’re being told is completely illogical.  How would removing insurance companies turn the US into a third-world, socialist country.  The powers that be are getting desperate.  They are grasping at straws and banking on the fact that you’ll believe anything their propagandists tell you, no matter how nonsensical it is.  Single-payer healthcare does not mean government-run healthcare.  It’s just the payment system.  The government wouldn’t run the system any more than the insurance companies run it now.  Think of it as a non-profit insurance company.  The government is not meant to be an external entity that rules over us, it is a system of allocating OUR money.  Would you rather YOUR money be spent on you or go towards the profits of insurance companies and more wars?

We all need to learn exactly what political labels mean or they will be used to manipulate us.  Always pay attention when the meanings of words change.

One thought on “Argumentum ad Venezuelum: The Importance of Understanding Political Labels”