Fascism is good for business.  This has been a long-standing truth.  It is obvious when you look at the history of the US’s meddling in places like Latin America.  But it has been proven true more recently; recent events have shown that some things never change. 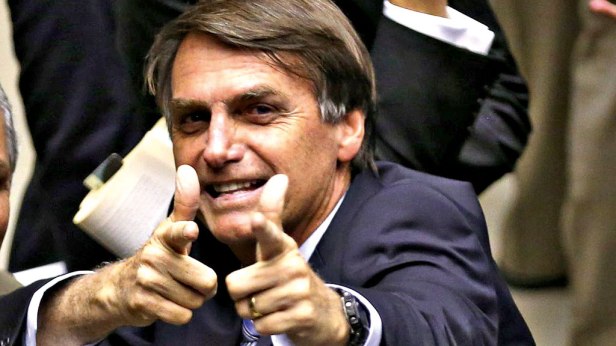 No doubt somewhere there is a right winger reading this and thinking to himself, “Of course!  The right is in favor of free markets which leads to profits and a booming economy.” To that I say, “Shut up.  You have no idea what you’re talking about.” People like Bolsonaro and the American establishment are militantly anti-free market.  They are in favor of rigging the system in favor of corporations against small businesses.  They are, in a sense, anti-capitalist.  Capitalism and Socialism may be opposites, but it’s not that simple; it’s not a clear-cut dichotomy.  There is another option called Corporatism, which is a type of controlled market economy.

Bolsonaro is not known as an economist.  It is believed that he will largely outsource his economic policy to a guy named Paulo Guedes, a graduate of the University of Chicago, whose economics department has largely been devoted to spreading the theories of Milton Friedman.  As a general rule, if your country’s economy is run by someone who attended the University of Chicago, you should take to the streets and riot.  UC is ground zero for corporatism.  Bolsonaro’s inner circle actually contains multiple ‘Chicago boys,’ as they’re sometimes called.

As little as a high stocks affect the average person, low stocks have been known to negatively affect the quality of life of middle and lower income people.  Investor confidence is generally low and unemployment high.  Unfortunately, the is the likely future Mexicans have to look forward to.

What have we become as a civilization when authoritarianism (Bolsonaro) is rewarded and caring about regular people (AMLO) is punished and disincentivized?