The Saudi establishment and its various factions have really been exposed for all to see in the past few weeks.  We can clearly see the various arms of the world’s most diabolically dysfunctional family and which foreign regimes they are aligned with.  There are two main factions and probably several other smaller ones and subsets within those two.  I’ll try to summarize the two main ones.

The current ruling regime is made up of King Salman and his son, the crown prince Mohammad bin Salman (MBS).  They are allied with the Mossad and the rest of the Israeli establishment, the Trump administration, and most American neocons. 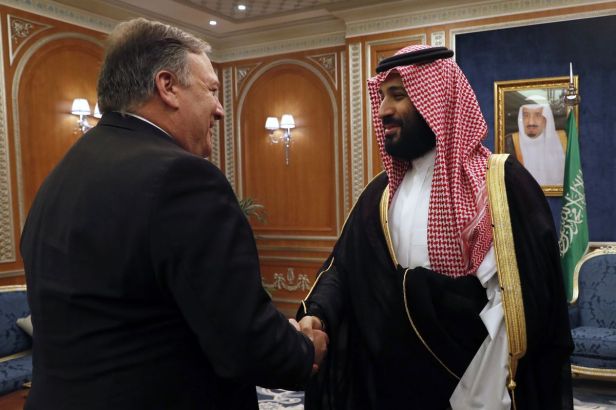 The other main faction is comprised of Prince Mohammad bin Nayef and Al-Waleed bin Talal, the Muslim Brotherhood, the CIA and the American intelligence deep state, most of the mainstream media in the West, and the Democratic party establishment, as well as various EU member states.

To be clear, neither of these factions have pure intentions or could be called ‘good guys.’ Al Qaeda and its various offshoots are non partisans in this dispute, as they receive assistance from both the MBS/ Mossad faction as well other elements of the Saudi royal family.

For decades, the Saudis have been secretly friendly with Israel but have kept up appearances by placating their largely anti-Israel population.  The same could be said for various other Muslim Middle Eastern countries like Turkey and Egypt.  If the Saudis really cared about the plight of the Palestinians, they would flood Palestine with foreign aid.  MBS has somewhat ended this tradition by being openly conciliatory towards Israel.  He has said publicly that is it up to the Palestinians to make peace.

It is also important to understand MBS’s plans for diversifying the Saudi economy.  He plans to build an entire new megacity called NEOM which will be the new financial capital of the world.  He has already earmarked $500 billion for this project.  It will be located in the northwest corner of the Kingdom near the borders with Egypt and Jordan and very close to Israel.  Here is the official promotional video. 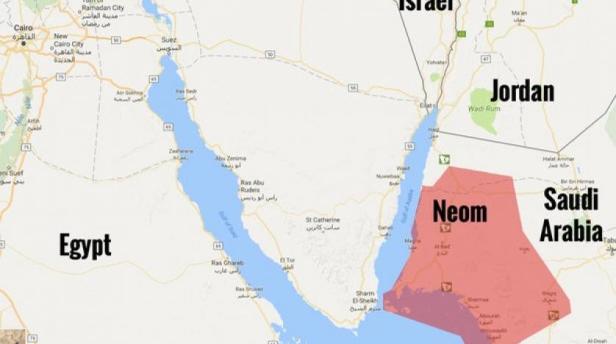 This lies within the borders of The Greater Israel Project.

Israel and MBS are working tirelessly to destroy Syria and Lebanon and rebuild them in their image, but it’s not going too well, thanks to Iran and Russia.

If MBS holds on to power, you can expect to see Sauidi Arabia, Egypt, Jordan, Israel, and the UAE to enter into a free-trade agreement, which I suspect will slowly morph into a political entity with a unified parliament similar to the EU.  NEOM would likely be the Brussels of this unholy alliance.

For the past few years, MBS and the Saudis have been bombing school buses filled with kids, weddings, markets, mosques, hospitals and pretty much any other place that may contain large amounts of living, breathing Yemenis.  (See Yemen: A man-made Disaster)  The Western establishment didn’t have much to say about this.  But last week, those same Saudis dismembered a CIA asset, Muslim Brotherhood sympathizer, Washington Post propagandist and know Osama bin Laden associate, and to this the MSM objected.

On rare occasions when Jamal Khashoggi wasn’t busy pushing for regime change in Syria and doing apologetics for jihadists, he was criticizing MBS’s cozy relationship with Israel.

Turkey’s gangster and chief, Erdogan, has some good diplomatic capital now.  As soon as I heard Turkey has video of Khashoggi’s torture and murder, I guessed it would never be released.  It’s excellent blackmail materiel.  I wonder what the Turks got out of it.  I guess we’ll know soon.  Saudi Arabia will make some big concession to Turkey, and the mainstream media will pretend to not be able to connect the dots.  I assume Erdogan probably started with lifting the blockade on his Qatari allies, and then they negotiated down to something less extreme, maybe something involving Syria.

MSM has now claimed that Khashoggi was killed in a fist fight and then his body mysteriously disappeared. (like the bodies in Douma)  The fight was apparently between Khashoggi and at least 15 Saudis, 3 of which were MBS’s personal body guards.  But don’t worry, MBS has assured Secretary Pompeo that he will conduct a thorough investigation.  Trump and Pompeo are apparently satisfied with this explanation.  (Evidence #692 that Trump takes his marching orders from Jerusalem)

It’s entertaining and informative to see these factions fighting one another.  We get to see where their true allegiances lie.  And it’s somewhat reassuring to see that the rulers of the world are not all on the same page.  It would truly be terrifying if there was an actual New World Order, and any world where US-Saudi relations are strained will be a safer world.  The Syrians and Yemenis can breathe a very slight sigh of relief that their two main antagonists are having a disagreement at the moment.

One thought on “What We Can Learn from the Khashoggi Murder”